The Swatch Group recently released its financial report for the first quarter of 2020 As revealed in our post Swatch Profits Tank – Coronavirus Watch 27, the conglomerate claimed a quick sales recovery after the Coronageddon lockdown and a bright future ahead. Now it’s Richemont’s turn. The song remains the same. Well, the first part . . .

Looking ahead, Richemont Chairman Johann Rupert was nowhere near as upbeat as his Swatch Group crosstown rivals. In fact, the native South African wasn’t upbeat at all.

No-one can say when we will see economic activity normalise. Other economies will probably find it difficult to emulate China. We may be looking at 12, 24 or 36 months of grave economic consequences. Perhaps that is too pessimistic but who knows? . . .

We are experiencing unprecedented times with severe disruptions across the world simultaneously.

The closures of our internal and external points of sales, changing attitudes towards consumption and subdued consumer sentiment will weigh on this year’s results, even if, at the time of writing, we are gradually resuming operations as parts of the world emerge from lockdown.

It is impossible to make meaningful predictions at this time . . .

Mr. Rupert is to be commended for telling the truth about his company’s prospects. At the same time, there’s something new in all that.

I translate “subdued consumer sentiment” as Mr. Rupert’s acknowledgement that world is in an economic recession. That’s simple math. But this is the first time I’ve heard a major luxury goods jefe suggesting that “changing attitudes towards consumption” present a threat to the biz. 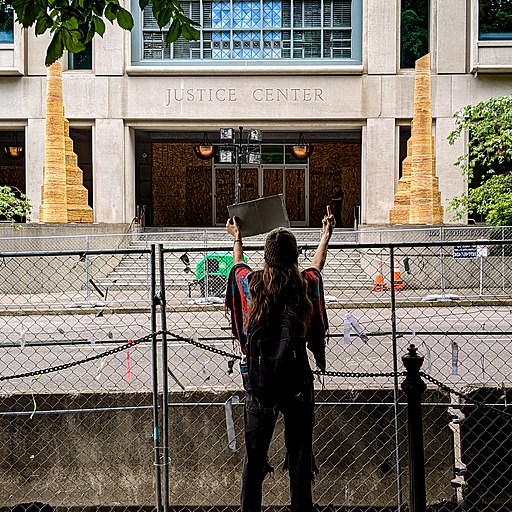 No doubt Mr. Rupert has a team of highly-paid researchers researching consumer attitudes towards his company’s pricey products. Is Richemont’s Chairman hinting that they’ve uncovered a growing backlash against conspicuous consumption?

It’s a trend we identified in last September’s post Class Warfare: The Hidden Threat to the Luxury Watch Business.

I see little evidence of austerity being the new chic; there’s still plenty of high-end horological flexing on Instagram. And yet the socio-political climate is as dark as I’ve seen it since the Vietnam War-era, when the world was in chaos (as usual) and America was coming apart at the seams.

Bottom line: social justice warriors seeking “economic equality” don’t do Cartier. It’s not entirely impossible that expensive watches and jewelry could fall victim to the same sort of social ostracism that’s mothballed fur coats, all but destroying a once thriving segment of the luxury goods industry.

China is probably the greater threat.

Like every other Swiss watchmaker, Richemont has gone all-in on sales to The People Republic of Human Rights Abuses. China accounts for just under half of all Swiss watch exports, and a probably a larger slice of Richemont’s jewelry and perfume biz.

While the Swiss are notorious for putting business above political or human rights concerns – cough Rolex cough – the growing cold war between China and the Western World could easily escalate into something a lot less conducive to selling luxury goods to wealthy Middle Kingdom communists.

Being Swiss and all, Richemont is in a good position to weather the storm. It’s been salting away money during the go-go 90’s and naughties. As of March 2020, their net cash position was $2.737 billion.

I reckon that’s enough money to keep on keeping on for another lockdown or two, a Chinese retraction or the three-year economic funk mooted in Mr. Rupert’s statement. But maybe not all three.

The report made no mention of the smartwatch crisis. Fair enough. Richemont’s watchmaking portfolio is skewed to the very top of the market. Brands A. Lange & Söhne and Jaeger-leCoultre needn’t worry about their appeal for at least a generation. But Baume & Mercier operates at the perilous $2k – $3k price point and Montblanc is struggling to move upmarket.

Taken as a whole, the only real surprise in Richemont’s financial report is that their Chairman isn’t joining Swatch in singing The Future’s So Bright. If anything, Mr. Rupert seems to be humming Bad Moon Rising.

It may seem counter-intuitive, but cautious Richemont is better positioned for these uncertain times than upbeat Swatch. As for Mr. Rupert’s brutally honest assessment of what lies ahead, Benjamin Franklin said it best. “I’d rather be a pessimist because then I can only be pleasantly surprised.”